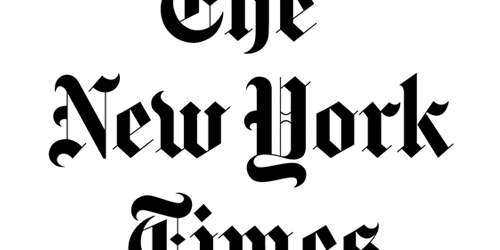 ‘Hot Ones’ and Other Shows Parade the Rich, Famous and Oh So Vulnerable

Almost all celebrities aim for an impregnable public image, one that can hold up to any assault. But in this era of 24-7-365 mythmaking, the most visionary ones understand the value and uses of weakness, too.

And so there has been a recent wave of programming that traffics in celebrity vulnerability, places where stars stop being polished, and start getting real: “Hot Ones,” which is produced by Complex (and viewable on firstwefeast.com and YouTube); “The Therapist,” on Viceland, in which musicians sit down for an extended emotional excavation with a licensed therapist; and “Hollywood Medium With Tyler Henry,” on E!, in which Mr. Henry claims to serve as a communication bridge between the living and the dead.

Each of these shows is premised upon the dismantling and destabilization of fame. In exchange, the subjects — ranging from the moderately well known to the extremely famous — surrender a little piece of their everyday mask.

“Hot Ones,” which is in the middle of its second season, thrives on the visible trial of physical discomfort. The most entertaining episodes are, naturally, the ones with the most pain. Kevin Hart winces and weeps and keeps looking at his associates offstage, as if begging for reprieve. DJ Khaled, usually gregarious and motivational, decides early in the wing flight that he’d prefer to be a spectator: “It’s very important we teach the youth, because this right here is dangerous.”

Corporeal suffering may be the last preserve of unassailable truth — even the most socially trained stars may have weak stomachs. (The “Star in a Reasonably Priced Car” segment, from the original “Top Gear,” in which celebrities raced a clunker around a track, was an excellent early example of this.) Some people maintain their veneer — the Los Angeles rapper YG never appeared to break a sweat — but most struggle at least a little bit, and the struggle is the thing.

As an interlocutor, Mr. Evans is a sterling foil. He retains admirable composure as he makes his way through the increasingly violent sauces. (He always completes the task.) And he’s a well-prepared interviewer, ready to spring awkward questions at difficult moments. Just after Padma Lakshmi finished the final wing, he earnestly asked, “Of all the animal testicles that you’ve eaten in your life, which pair do you think has the best shot of becoming a mainstream menu item?”

There is something sportslike to “Hot Ones,” which has only attracted more famous masochists as it’s become more established. Facing off against Mr. Evans is a point of pride, but almost without fail, posture reveals all: Mr. Evans remains erect and focused, while his guests, even the successful ones, tend to crumble.

The power dynamic on “The Therapist,” which uses the framework of an actual session to simulate structured intimacy, is more equitable, and sometimes weighted in favor of the celebrity. Each episode of the show, which had its premiere on May 8, is devoted to a single session with Siri Sat Nam Singh, a Ph.D. and licensed marriage and family therapist who tries to get his guests to unpack their trauma in concise sit-down sessions.