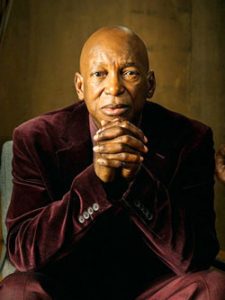 Siri Sat Nam is a licensed marriage family therapist (LMFT) who received his B.A in Psychology from Carlton College in Northfield, Minnesota, his M.A. in Clinical Psychology from Antioch University and his Ph.D. in Depth Psychology from Pacifica Graduate Institute in Carpinteria, California.

He has formerly worked as a clinical director, supervisor, group facilitator, MAT Assessor, therapist and consultant in innumerable social service agencies while hosting a private practice and conducting workshops in corporations. The populations he has serviced have been diverse: substance dependent individuals, children at risk, distressed couples, gang members, persons with difficult/incurable diseases, the severely psychotic as well as perpetrators and battered women who have experienced Domestic Violence.

He has taught in graduate psychology programs at National University, Antioch University and Pacifica Graduate Institute as well as the specialized CAADAC program at Loyola Marymount University.

He has been recognized internationally as a dynamic lecturer on Eastern spiritual philosophies and as a master teacher of yoga; he has facilitated workshops throughout U.S. and Europe (ie., Holland, Germany, Italy, Finland and France).

His writings have been published in Whole Life Times, Alternatives and Awareness magazines, all of which present a holistic perspective on well-being. He received National status in the ABC Television Mentorship Grant for his filmed research documentary on Ghana, Africa. The title of his dissertation was “The Phenomenological Study of African-American Men Raised without their Biological Fathers”.

He has been a panelist for the Group Psychotherapy Association of Los Angeles and Keynote Speaker for the San Fernando Valley CAMFT Chapter where he spoke on the topic of “The Licensed Therapist: The Intended Spiritual Teacher of the West”. Specific corporate trainings have been conducted on “What It Means to be Mentally Healthy?” At the 2nd Annual Depth Psychological Conference held at Pacifica Graduate Institute, Dr. Siri Sat Nam presented a lecture entitled “the Search of Soul”. He has been a guest lecturer on Dissertation Development at Reiss-Davis Child Study Center & Institute in Vista del Mar, California.

As a therapist, commonly called Dr. Siri, he has witnessed clients who have sat in the mental/emotional/spiritual components of their being as they have positively impacted their Psyche and healed deep seated wounds. When one is sitting with Dr. Siri you are in the presence of a man who is knowledgeable, deeply sensitive, compassionate and highly intuitive.

Presently, Dr.Siri is being featured in the newly aired television show, The Therapist, on Viceland network where he is conducting therapy with celebrity musicians such as Katy Perry, Waka Flocka, Grammy Award winner Corey Taylor and many more.